A downloadable game for Windows

Bermuda is my game for my first game jam ever (Mini Jam). I really enjoyed it and had a lot of fun making this game. The theme of the game jam was Mysteries. We also had a limitation where we had to put two game genres together.

I tried combining text-based adventure games with the shoot 'em up genre.

Really hope everyone enjoys it as much as I did making it. Let me know what you think! And be honest :).

Ok, lets talk about the creator himself and than the game.

So, as i have saw in the description, he tried making a game jam game and this was his first attempt. For a first attempt that was great (I am not a developer, but i have tried it and i know how hard it is). So let's not judge him too harshly.

Well, the game is extremely empty, there is absolutely nothing there. But for obvious reasons i can totally forgive him. Well, i didn't like the text based part of it but the graphics, they were ok. The game is just short, limited, and the gameplay is boring. I think that if you will expand the game and make it longer and work on the gameplay and models (basically everything). You could do better, but this game is. You know.

So, i think that you can become an awesome developer for this site if this is your first game. I think that this game is blend but if you will try harder, get new ideas, and improve. Watch more tutorials and e.t.c. You can do it.

Thanks for your response and sorry for reacting almost a year later hehe. Thanks for the honest feedback I really appreciate it! Always nice to see what people really think.

I am very aware of most things especially now that I'm a year further in making games.

Hopefully I will attempt another GameJam in the future and see what I can come up with now. 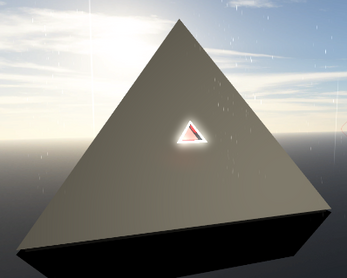